Sniffling, he steadied himself using the arm of his chair, and shuffled over to the bedside table to procure his reading glasses, and a handkerchief for his running nose.

The contrast between the stillness that had set over the rest of his sleeping household and the unrest that currently occupied his mind was almost amusing. If he had been in a better mood, he might’ve even laughed.

He sat back down with a groan, entire body flaring with pain, and swept several torn envelopes and letters off the desk to make space for the newspaper. Apprehensively, he unfolded Times copy for the day, took a deep breath, and began reading. As his eyes trailed down the paper, he began to visibly relax, but its praise did little to abate his overall disappointment. The week had been testing, filled with harsh statements and unkind words.

Although Murray had written to him earlier, explaining that the copies containing his life’s work had sold out almost instantly, Darwin was not happy. 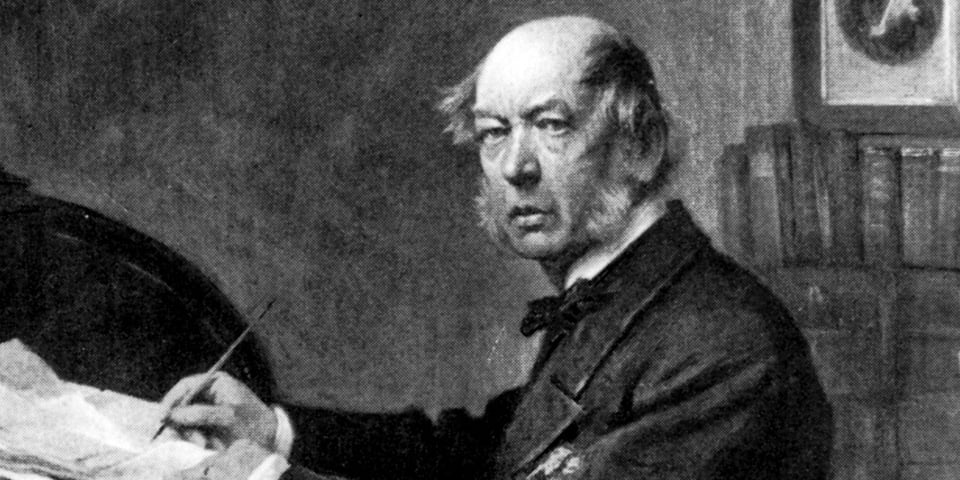 John Murray, a publisher specialising in travel and science books, was entrusted with the task of publishing and distributing 1,250 copies of ‘On the Origin of Species’ in 1859.

The central aim of these first-edition copies was to clarify the origin of different forms of life. Darwin achieved this by explaining that physical differences among species are the result of their adaptation and evolution from a common ancestor, in response to different environments. He also proposed that the mechanism of ‘natural selection’ contributed to such differences. He explained that members of any species carried alternative forms of a particular characteristic. Certain members carried beneficial characteristics that could help them survive changes in natural environments. In such environmental conditions, these individuals would then survive, while others of the species would die out. He also proposed that through natural selection, these surviving individuals would increase in number over time, and eventually form a different subspecies. 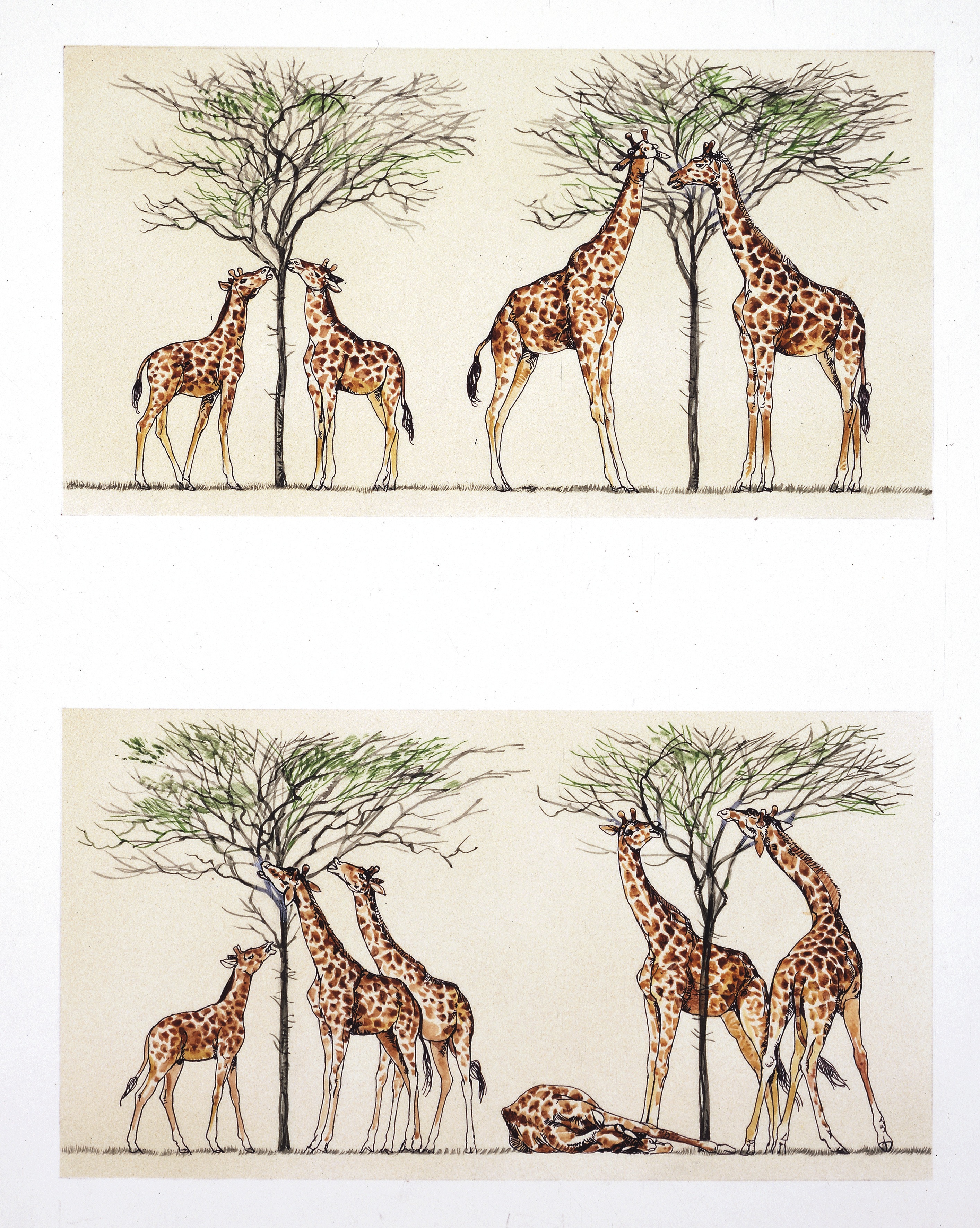 Darwin’s theories marked the beginning of modern science, and provided a different outlook on how all life evolved. Darwinian principles ushered in new ways of thinking, and put an end to dated, conventional views such as supernatural beliefs and anthropocentrism- the belief that humans were superior in terms of their ultimate purpose and value to other species. Darwin’s explanation also questioned religious teachings, challenging the notion of divine creation.

Darwin’s theory about the origin of life overshadowed other scientific explanations, such as the first fully formed theory of evolution, proposed by Jean Baptiste-Lamarck, a naturalist before Darwin’s time, was also disproved. Unlike Darwin, Lamarck believed that species would physically adapt to fit into certain natural environments, and passed on these altered features to consequent generations. However, Darwin’s explanation and experiments on natural selection served as contradictory evidence to these. 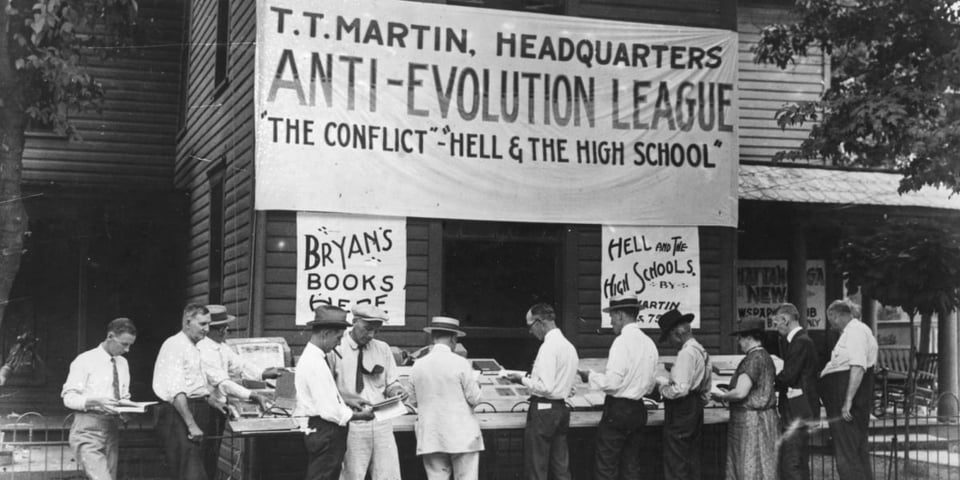 Ahead of its time

It seems almost ironic that the book is considered the ‘holy grail’ of evolutionary biology, given that it caused an uproar among the more religious- even in other countries. American communities stirred up a storm, taking to news publications and other forms of mass print to denounce Darwin’s publication. Protestant groups labelled evolution a religious belief, and tried to use it to their advantage to reaffirm the ultimate power of religion.

Schools in certain American states also prohibited the teaching of Darwin’s theory. The Butler Act, drafted by John Washington Butler, a religious member of the Tennessee legislature, was enforced to bring about such change. Butler believed that the Bible was the foundation on which the American government was built, and as such, was irrefutable.

Back home in England, the religious community was reacting in a similar manner. The Church of England did not hold back from expressing their discontent with both Darwin, and his views. For a man that had, for the greater part of his life, had close ties with the parish and religion, the Church’s reaction, although unsurprising, was somewhat disheartening. However, liberal Anglicans supported Darwin, choosing to look at evolution as part of God’s design and plan for humanity.

In the 1860’s, Darwinian principles were also used to justify eugenic practices and rampant racism. Subscribing to a loose translation of ‘the survival of the fittest’, individuals cited Darwinism to reinforce the idea that certain races were innately stronger and more capable of survival than others. Later, elements of Darwinism were even used to encourage the adoption of the Nazi’s racial ideology.

A number of Darwin’s friends, contemporaries, and role models had mixed feelings about his work. When Adam Sedgwick, friend and mentor made his disapproval of Darwin’s ideas extremely clear, Darwin was distraught. Another blow came in the form of Sir John Herschel’s condemnation of his theories, with Herschel going so far as to call the law of natural selection the ‘law of higgledy-piggledy’. Despite the disappointment that he felt upon hearing the views of someone who inspired him, and whom he considered ‘one of the greatest philosophers’, Darwin stood by his own findings.

Charles Lyell, whose remarkable influence on Darwin was thought to have shaped half of his books, could not accept the fundamental belief that all life arose from a common ancestor. Additionally, Darwin’s proposal of the fact that humans evolved in the same manner as all other species troubled him. However, Lyell was one of the first few to publicly support Darwin’s principles after the release of his book at the British Association for the Advancement of Science. Another to speak out in favour of it was Joseph Hooker, a botanist who had grown to become Darwin’s closest friend since their first meeting and exchange of ideas and notes in 1839. This advocacy was followed by the efforts of Thomas Huxley, a biologist and anthropologist, who earned the title of ‘Darwin’s bulldog’ for his passionate defence of the book. 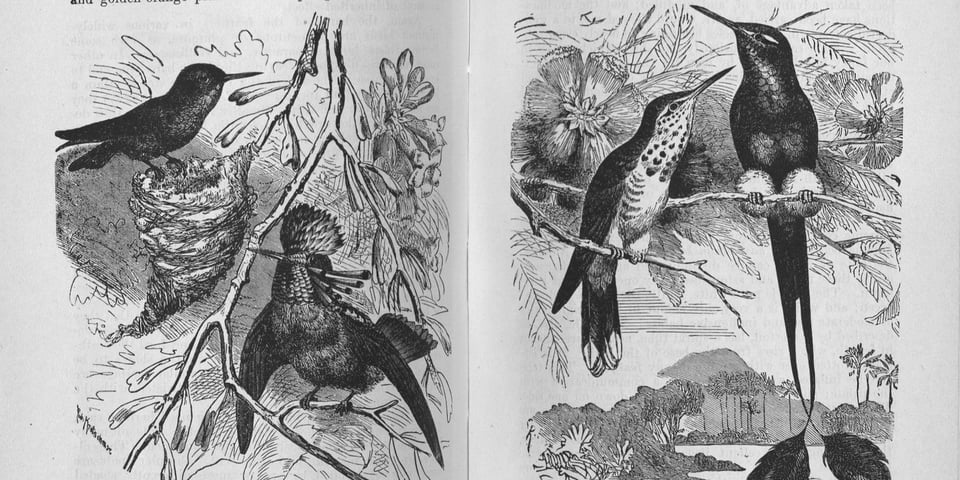 There was a gradual turn in the tide, with more people starting to appreciate the possibility that Darwin’s ideas had some merit.

Despite being critically ill, and overwhelmed by heavy criticism and negative responses that several groups of individuals had to his book, Darwin continued to speculate and study. He regretted his use of the word ‘creation’, wishing he had used something else instead that did not directly challenge or refute religion. The term ‘natural selection’ caused him a lot of strife as well, given that people mistook its meaning to be more literal than he had intended for it to be. Curiosity strong as ever, he kept looking for more explanations and answers.

He began reviewing his theories, and acknowledged that ‘On the Origin of Species’ was a ‘starting point’ and would require a number of changes to reflect or capture his theories accurately, his ultimate goal being to write a more comprehensive, better structured book, which would have supposedly been titled ‘Natural Selection’. He continued to make subtle changes to make up for some of the regrets he experienced with his first-edition copies, in response to the feedback he had received from his peers and others. These formed the bulk of the next few editions that followed. Changes and alterations to his theories were also reflected in some of his later works published in 1871-2, including ‘The Descent of Man, and Selection in Relation to Sex’ and ‘The Expression of the Emotions in Man and Animals’. In these books, he also provides further evidence for common ancestry and continuity between species, two of his main propositions.

Within the next two or three decades, Darwin’s views slowly started to be accepted. Unfortunately, it was not until his passing in 1882 that there was a unanimous positive outlook towards his work, with increasingly more reverence given to him within fields of scientific exploration and research. The value of his contributions however, started to become more apparent over time, as progress continued in these fields. In fact, 200 years later, the Church of England issued an apology to Darwin for misunderstanding and rejecting his beliefs. Today, Darwin’s ‘On the Origin of Species’ and its knowledge is considered an unparalleled work of science, and forms the foundation of several theories and practices within modern medicine.

He had resumed his tense pacing outside the teak doors that usually opened into the publishing office, hands crossed behind his back. The distinct sound of footsteps from the stairway leading up to the floor brought him to a halt.

“Well?” he asked, unable to mask the worry that was apparent in his voice, and in the lines on his forehead that had formed characteristic grooves over the course of two decades. He was hoping he did not receive the same response he had grown so accustomed to hearing.

"They want 250 more copies!’ exclaimed the man approaching him, fists jubilantly raised in the air as a sign of triumph. Darwin felt his breathing settle slightly, and the burning heat from his face began to slowly dissipate. “250, you say?” he asked, faintly.

“Yes, 250. Incorporate all of Lyell’s suggestions, and bring me a new copy at your earliest convenience.” John Murray ascended the last flight of stairs, and came up to Darwin, clasping and fervently shaking his hand. “We have more books to print!” 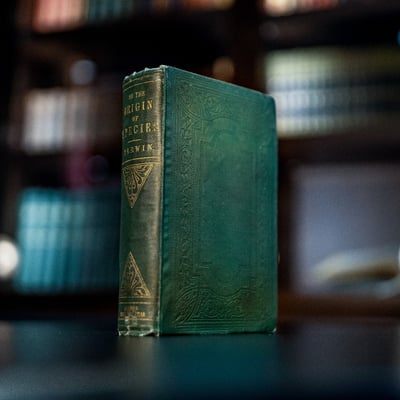 People fear what they do not understand.

We were surprised to learn about initial contradictory reactions to Darwin's book, today unanimously considered the greatest work of science. Learn more about the people behind these responses here: 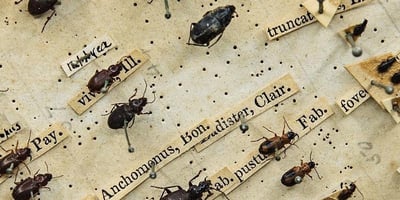 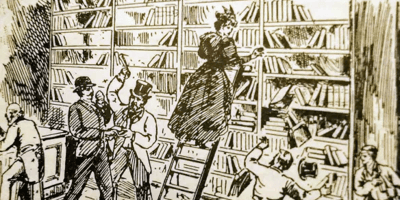 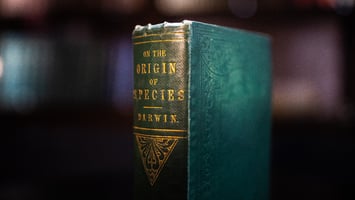